An Update from Temple Church 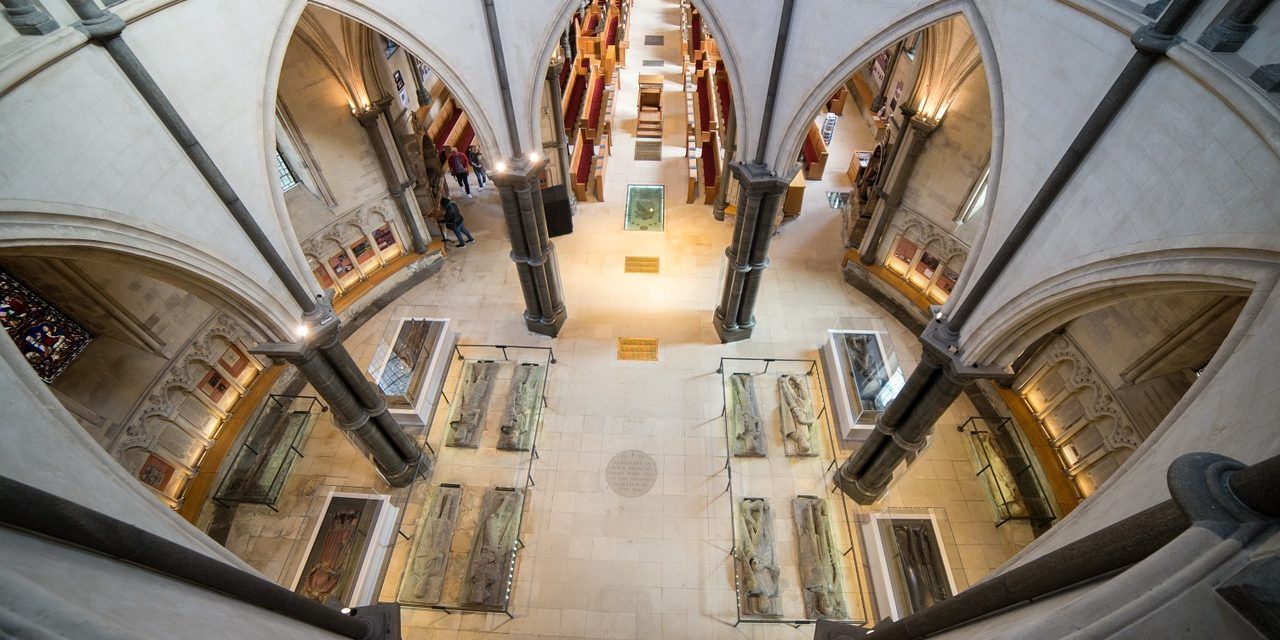 In July 1576, the plague struck Milan. It would be a terrible outbreak. The civic authorities fled. Authority devolved upon Archbishop Carlo Borromeo, already a hero of the Catholic Reformation and Milan’s most powerful figure. His first move, consonant with the practice of centuries past, was to mount vast penitential processions through the city. He led them himself, barefoot. After three of these, however, the doctors urged him to stop: however prayerful the penitents, such crowds were the surest way to spread the disease. The archbishop had already divided each procession into parish-based bubbles, to prevent contagion. But he now promptly followed the science; he put the whole city into lockdown. Even sixteenth-century Milan had its SAGE.

Next, the archbishop invoked the calling and courage of his clergy, even of the most enclosed monks. They must be out in the city, providing for those who needed help, but always keeping, as best they could, at a safe distance. The laity clearly could not attend Mass, so Borromeo had altars set up at squares and crossroads at which priests could celebrate Mass and the laity could watch from their homes. Then came pamphlets, for universal distribution, on which were printed simple musical litanies. At set hours all the churches would ring their bells, citizens would fling open their doors and windows and sing the litanies antiphonally across the city’s streets. Even in these months of horror, we are told, Milan at these times seemed to resound with the music of the heavenly Jerusalem. Borromeo was of course promoting the prayers that would surely help end the plague; he himself admitted, as well, that he suspected Milan’s citizens simply did not have enough to do.

Borromeo would have been the first to live-stream services and Zoom his congregations. It has been something of an inspiration, over the last 18 months, to know that we have in our way been doing what he did in his. The Church at large has been here before.

We have been grateful for other inspiration too: loyal congregations at our weekly Zoom Evensongs; a welcome surge of attendance online and then in person, as the choir gradually regained its freedom to sing here live; an astonishing resilience in our musicians and the choristers, as the boys had over and again to rehearse and perform online; and the support of both Inns and of the Temple Music Foundation for a vastly enhanced streaming-system that will from now on be in use at every service and, we hope, at Call Nights, concerts, lectures and discussions.

Imagine training young children, who learn everything from listening to those around them and from the shared energy of their enterprise, to sing in a choir which has hardly met in person for a year. Roger Sayer and his team have worked wonders.

At the start of the legal year, we sang an Evensong at which Robert Buckland, the Lord Chancellor and Secretary of State for Justice, gave the address (live!) and Bar leaders in the USA, Continental Europe, Africa and Hong Kong read the intercessions. Towards its end, an Australian bride celebrated her wedding here with 15 guests in Church and 95 – including her grand-parents – in Sydney, Champagne in hand. And in between, we were able to issue genuine invitations to the Inns’ members in Ireland, Scotland and Wales to join us online for our celebrations of Saints Patrick, Andrew and David; to our American friends for our services for Independence Day and Thanksgiving; and so on. Our long-standing hope to serve constituencies based way beyond the Temple itself can at last be realised.

Thanks to Masters Bowsher and Golden, our North American friends are enroute to becoming our Friends. Three senior members of the American Bar Association (ABA), including Master William Hubbard, have established the American Friends of the Temple Church; the two Inns have warmly embraced the initiative, quite rightly extending the welcome to Canadian lawyers too. The plan is threefold: 1) To strengthen personal and institutional links across the Atlantic; 2) To discuss socio-legal concerns that we all share; and 3) To introduce more North American judges and attorneys to this lovely Church, our history, our roles and our major capital project of Restoration & Renewal. HRH The Princess Royal has graciously become our Friends’ Royal Patron; Master Sarah Mullally, Bishop of London and Dean of the Chapels Royal, our Ecclesiastical Patron.

Our work on Restoration & Renewal itself has carried on, online. We are readying the recommendations we will submit to the Inns for the project and the elements within it that will call for the most careful decisions; we are seeking funds to take us through that internal decision process to our application for Planning Permission; and we now have to hand the Business Plan commissioned to cast as much light as we can in these uncertain times on the coming years within the Temple and in the whole area of Fleet Street. Master Mark Hatcher, Reader of the Temple, all our colleagues and I look forward to the autumn: to the gradual return of members to chambers and the Temple, to weddings that have been postponed for months, and to memorial services that have, in some cases, been postponed for over a year. We were given some hint of the restored normality for which, perhaps, we can all now hope, on the last Sunday in July and of the legal year. Master Sarah Mullally was back in person to preside and celebrate at Confirmation and Communion. Almost everyone wore a mask; we kept ample space free for those who wished to maintain social distancing; we all received the bread only at Communion, not the wine; and yet we were able to gather again at last, friends divided for months, and to emulate as best we could, in the choir’s singing and our own, the music of the heavenly Jerusalem. It was a joy.

Master Robin Griffith-Jones worked with Mother Theresa’s Sisters in India and with the homeless in London, before returning to university to study theology. After a Curacy in Liverpool, a Chaplaincy at one Oxford College, and a Lectureship in another, he was appointed Master of the Temple in 1999. He is Reader in Theology at King’s College, London and an Honorary Bencher of both Middle and Inner Temple.