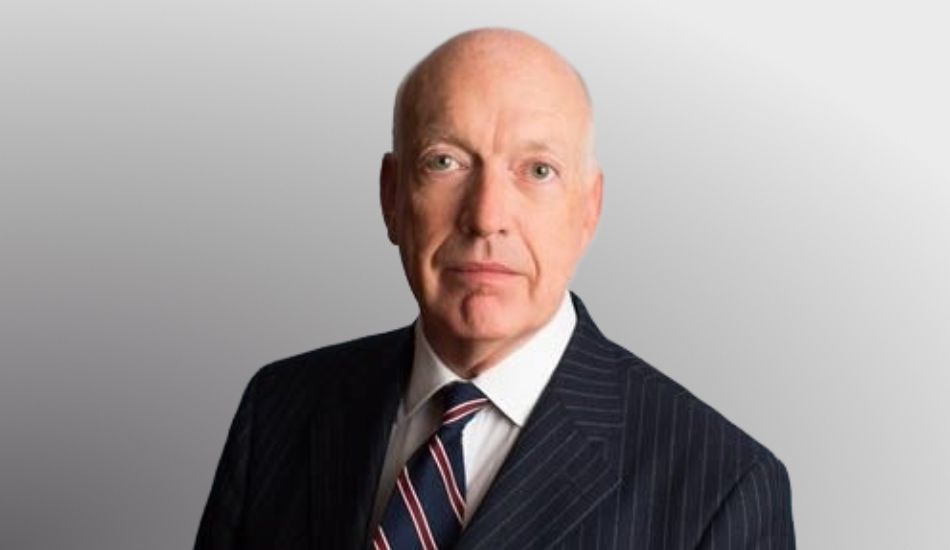 In last year’s Middle Templar, then Deputy Treasurer, I wrote an article entitled Confronting the Challenges Presented by the COVID-19 Pandemic. At that time, little did I think that the first six months of my Treasurership would be spent still in lockdown. Nonetheless, as in 2020, the staff and the members of the Inn have risen superbly to the challenges posed by the pandemic. It has been business as usual, albeit the mode of delivery has been adapted to meet the social distancing requirements.

I never cease to be amazed at the generosity of our members, both in terms of time commitment and financial support. This year, as before, busy practitioners and judges have given up so much of their spare time to advocacy training and scholarship interviews. Thanks to the organisation of the Education Department, led by its Director, Christa Richmond, once again, this year we were able to conduct some 350 Bar Course scholarship interviews remotely. This was done by eight panels, each of three members, sitting over four days. Having chaired one of those panels, I can tell you it was quite a task! Similar arrangements were put in place for the GDL interviews.

The core activity of the Inn remains providing education and CPD to our students, pupils and new and established practitioners. Despite the fact that until July, we have been unable to deliver any face-to-face activities, we have continued to provide a series of virtual learning initiatives to ensure that our members have not suffered as a result of the lockdown. There has been a full complement of Qualifying Sessions (QS), Sherrard Conversations, MTSA and MYTBA events, and the continuation of the Rosamund Smith Mooting Competition. In addition, having run students’ advocacy training remotely since the beginning of lockdown, in July, in-person training took place at Cumberland Lodge in Windsor Great Park, for two weekends running. I attended the first of these and could witness how delighted the students were to enjoy some face-to-face tuition, together with some contact and networking with their peers and trainers.

In February, I wrote to members of the Inn asking for donations to the Emergency Assistance Fund. The fund was created last year to support students of the Inn, those seeking pupillage or within their pupillage who are struggling financially because of the pandemic. Those members who work to support their studies have been unable to do so because many businesses have closed, laid off part-time staff and jobs are scarce. They are not eligible for support from the fund created by the Bar Benevolent Association, because they have not held a brief. The response was extraordinary. To date additional donations, amounting £135,000 with £68,000 distributed as of Wednesday 1 September 2021. Those donations will ensure that those with the greatest need can continue to progress their studies, pursue a career at the Bar and go on to make their own contribution to society.

There have been five Treasurer’s Lectures so far this year, covering a wide range of subjects. The first related to one of my main aims this year, namely the encouragement of members to take on pro bono work. It was entitled Pro Bono – part of being a Barrister and delivered jointly by Master Robin Knowles and Rebecca Wilkie, the CEO of Advocate. The second was delivered by Master Sarah Mullally, the first female Bishop of London, who spoke about Difference, Inclusion and Belonging: A Perspective on International Women’s Day. On Monday 14 June 2021, Master Patricia Scotland, the Secretary-General of the Commonwealth, delivered a lecture on From Vision to Delivery – A Commonwealth fit for the 21st Century. That was followed by two lectures delivered in a hybrid format before a small live audience in the Queen’s Room and livestreamed. The first, Thomas Grant QC, entertained us with Radical Courtrooms: The Transforming Power of the Trial, and last, but by no means least, on Monday 12 July 2021 Master Patrick Hodge spoke about The Scope for Judicial Law-Making in Constitutional Law and Public Law. I am grateful to all these speakers for giving up their time to deliver such well-received lectures – and there are more to come in the autumn.

There are two extremely sad events that have occurred this year. The first was the tragic and wholly unexpected death of this year’s Lent Reader, Master John Mitchell, on Saturday 27 March 2021. Only the week before, he and I had conducted two remote Call ceremonies and he was on fine form. John was a great friend of mine and I miss his kindness, generosity of spirit and good humour. As the Inn’s Lent Reader, his well-known rapport with our students came to the fore. We both spoke to students at virtual Cumberland Lodge events and his warmth and advice were greatly appreciated by all who attended. He was such an approachable man, who carried his considerable achievements so lightly. Over many years, John devoted much time and energy to the affairs of the Inn, generously sharing his wealth of experience, particularly with our students when judging moots, carrying out advocacy training and chairing scholarship interviews, to name but a few. His scholarly work and lectures for the Middle Temple Historical Society, which he chaired, will be keenly remembered. His wife, Marlene, has also served the Inn, by volunteering to provide counselling services for our students for many years. This has been greatly appreciated.

John died before he could deliver his Reading, but his plans for it were well-advanced. He had written an essay about Thomas Morris Chester, the first African American to be Called to the English Bar by the Middle Temple in 1870, on which it was to be based. He wanted to include Mass Ndow-nje, a talented black member of the Inn, to read Chester’s words and John had written to Mass proposing the role only days before he died. With Marlene’s permission, Mass and I turned the essay into a Reading, which we delivered on 23 June, in John’s memory and in his honour. It was entitled Thomas Morris Chester – Activist, Advocate and Middle Templar. We re-opened Hall for the event. There was a small, invited audience and it was also live-streamed. It was a fitting tribute to a great man.

The second sad piece of news was that Colin Davidson, our Director of Membership and Development, retired at the end of July, after 33 years working in the Inn. After 15 months of living at home on his farm at Anglesey, the prospect of enjoying those surroundings, sailing his new boat, the addition of a new family member (Skip the puppy) and spending more time with his wife, Mary, now she is no longer working in London, led him to conclude that it was time to go. Colin has been one of the great constants of the Inn and it is hard for many of us to imagine Middle Temple without him.

To convey some idea of the scale of his involvement: there are 748 Benchers of Middle Temple, and Colin has played a leading role in the Bench Calls for 715 of them. The Private Guest Night which took place on Thursday 15 July 2021 was his 220th. He has been a constant and reassuring presence in the Inn; be it keeping a weather eye that all is going smoothly at events, with his extraordinary attention to detail, or seeing him in the garden with his dogs. He has ensured that he always knows what is going on and is always there, ready to support the needs and endless requests of members. I have relied hugely on his encyclopaedic knowledge of the people within the Inn, its protocol and its pageantry. This is true not just for me, but for all the 34 of the Treasurers he has served. But we have not seen the last of Colin. I am delighted to say that he was elected an Honorary Bencher (which I tried to achieve without him finding out about it – unsuccessfully!), and I am greatly looking forward to his Bench Call on Wednesday 6 October 2021 this year and calling on him as ‘Master Junior!’

Mid-July was a turning point for the Inn, in that we threw open our doors. From no activity at all, it became non-stop, and, overall, the weather held! Albeit with reduced numbers, we were able to hold a Bench Call, two in person Call ceremonies, an Amity Dinner with Inner Temple, a Private Guest Night and on Friday 30 July 2021 MTYBA held their annual dinner in Parliament Chamber and were kind enough to invite me as their guest. I would like to pay tribute to all the staff who worked tirelessly to make these events such a pleasure to attend. In addition, the new social space, the Garden Room, has opened and has been a great success. Huge thanks are due to Master Mark Pelling, the Chair of the Estates Committee, Ian Garwood, the Director of Estates, and his team in this regard.

Another of my aims this year has been the promotion of diversity and inclusion within the Inn. In the aftermath of the murder of George Floyd, Middle Temple established a Working Group to seek the views of its members on equality and inclusion issues, particularly on issue of race. It has produced a report, which the Inn has made available to all members. I am grateful to its members for the time and energy they devoted in its preparation and the recommendations they have made. From a reading of the report, it will be seen that the Working Group received several testimonies from Black, Asian and Ethnic Minority students and members, who stated that they had experienced what was described by one respondent as ‘casual racism’. It is unacceptable that they had such experiences, and the Inn apologises to them for this. To live up to its ideals as set out in our Statement of Values, we must work towards the inclusion and equal treatment of all, regardless of any protected characteristic. The Working Group set out several recommendations which are intended to improve the experiences of students and members from all backgrounds. We accept its proposals.

This year Middle Temple established a new Standing Committee, the Diversity and Inclusion (D&I) Committee, to ensure that D&I are promoted across the Inn, building on the work of the Inn’s former Equality, Diversity and Social Mobility Sub-Committee. Its broad membership includes the three most senior officers of the Inn and representatives of each of the other four Standing Committees: Finance & Resources, Education & Training, Membership and Estates. The D&I Committee has been mandated to expedite the implementation of the actions recommended by the Working Group’s report, which include training for staff and Committee members, an audit of the Middle Temple’s policies and establishing a process for monitoring our activities for diversity and inclusion.

In addition, the Inn has become a supporter of The Black Talent Charter, devised by Harry Matovu QC of Brick Court Chambers, which is a pioneering initiative aimed at increasing the number of and supporting the progression of Black people within the legal and other professional services sectors. Meanwhile, the Inn’s LGBTQ+ Forum continues to prosper, with numerous events and an inaugural annual dinner taking place in the autumn.  We are also delighted  to welcome David Pickhard to the Inn, Director of the Proms, as  the guest speaker at the Hall Dinner on Thursday 2 December 2021.

In the second Treasurer’s Lecture, Bishop Sarah quoted from the sermon of a black ordinand, Augustine Tanner-Ihm, where he said:

Accessibility is being able to get into the building.

Diversity is being invited to the table.

Inclusion is having a voice at the table.

Belonging is having your voice heard at the table.

It is my aim that every single member of this Inn should have a sense of belonging, where their voice is heard, and the word ‘Domus’ is truly meaningful. 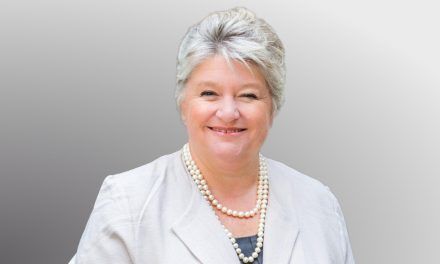 Foreword from the Under Treasurer