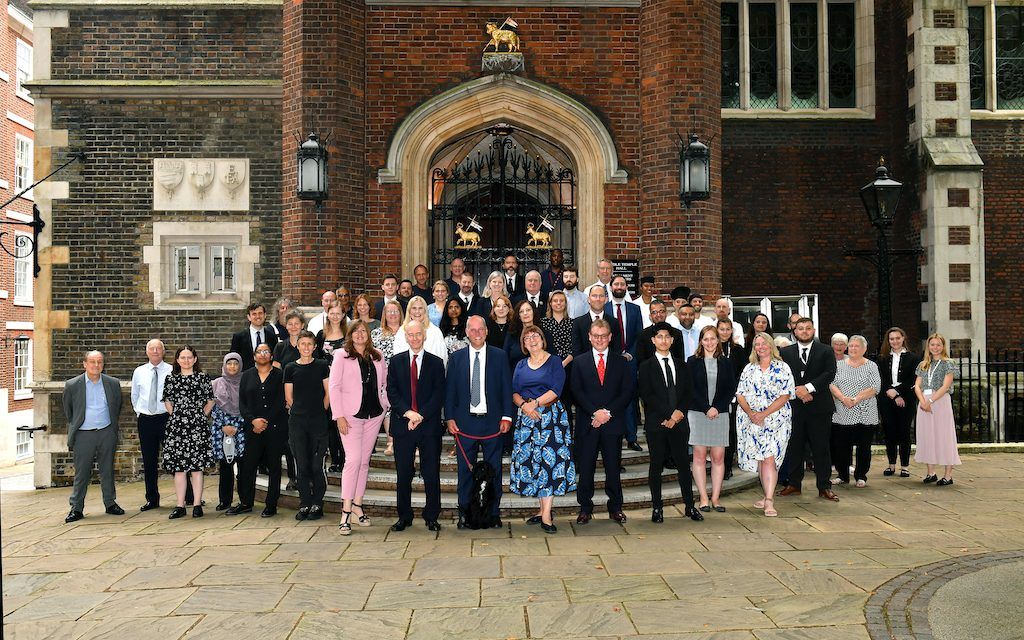 I first met Colin Davidson on Wednesday 13 March 2002, the day I was Benched. In those days it was Colin who oversaw Benching; it was he, with his encyclopaedic knowledge of Middle Temple tradition, who briefed, in my case the unusually high number of nine, Callees and lead us solemnly into Hall. When the time came it was Colin, looking particularly resplendent in the usher’s robes and breast plate, who in clear tones did the Calling, banging his staff loudly before each Call. I was impressed, especially as he seemed so welcoming and knowledgeable (first impressions were as usual correct), putting us all at ease, and I wondered who he was, never having encountered him on my occasional trips to lunch in Hall.

Colin had by that time already been at the Inn for 14 years. Educated at Loretto School and Westminster Hotel School, Colin joined the Inn in 1988 as Assistant Catering Manager. A few months later he was promoted to Catering Manager, before becoming General Manager of Catering in 1997 and Director of Catering and Marketing in 2005. In 2013 he became the first Director of Membership and Development, though latterly he additionally took on catering and events once more.

I suspect Colin made an impression on the Inn from the start. His meticulous approach to everything ensured that the food improved (and continued to improve), the catering service and events ran smoothly and to his high standards. I am told that on one occasion in his early years when no chef was available, Colin himself cooked. Later he was to preside over the major refurbishment of the kitchens in 2001–2.  I would say – not least as the former Master of the Kitchen – that over the years, Colin was responsible for revolutionising the food offering at the Inn.

Over the whole of his 33 years at the Inn, whatever his capacity at the time, Colin has been present to make sure that every major Inn event, such as the attendance of Royalty, virtually every Bench event, and no doubt others, went smoothly. One of the reasons they went well was because whatever role he has been in, Colin has engaged good staff whom he trained in the ways of the Inn and who, in turn, became devoted to its service. Many colleagues will remember the late and much appreciated Joe Nascimento whom Colin brought into the Inn quite early on.

Much of what Colin has done was of course behind the scenes and I do not just mean supervising the food service. He has been responsible for arranging and organising Inn events – all those Qualifying Sessions, Bench events, Garden Parties, Inns of Court Balls, Winter Dances, Burns Nights and others. One can just look back at the last 18 months to see how many events have been put on virtually to understand how much imagination and skill goes into organising them. For years Colin looked after the Middle Temple’s cellars, the Wine Sub-Committee (no mean task!) and the Inn’s amazing silver collection. In 2019, he organised a highly successful sale of surplus silver and china, and accordingly raised over £37,000 for the Sir Paul Jenkins Fund. One of his last acts before retirement had been to arrange and oversee the splendid silver cabinets which now grace Hall outside Master Treasurer’s office. For my part I shall always think of them as Colin’s Cupboards.

Over the years he has worked for six Under Treasurers and supported 34 Master Treasurers. Colin of course necessarily regularly attended many, Inn committees and, has attended so many Parliaments, that he must have attended more than almost any Bencher.

Since 2014, Colin has overseen the annual Amity Visits abroad, every one of them involving months of planning and, on two occasions when there were no Middle Templars ‘on the ground’ to assist, recce trips. Colin has also been responsible for setting up Circuit Societies on the Northern, North Eastern, Midland and Wales Circuits. All of these have proved to be hugely successful and have brought the Inn to the Circuits, as opposed to Circuiteers having to come to London.

For the past nine years Colin has edited The Middle Templar. It was under Colin’s editorship that it became the rather splendid magazine that it is today. As the first guest editor, in 2019, I have a good idea of what a huge annual task this is – which has of course been meticulously project managed by him, and now by Oliver Muncey.

More recently, as Director of Membership and Development, Colin was responsible for fundraising, and for the appointment of a professional fundraising team, an idea close to his heart, and something which he believed was long overdue.

One of the reasons why Colin was an obvious choice for the membership role is his encyclopaedic memory for every Bencher and indeed many other regulars. You just have to ask, ‘who’s that?’ and he will tell you the name instantly, probably with an anecdote as well; Colin really does know so much about the Middle Temple and its members, and indeed about all the Inns.

Over the years Colin has organised for so many of us what are these days referred to as life events. In my case these have included some splendid events, such as my retirement party, two birthday parties (it wasn’t Colin’s fault that monsoon rains interfered with the last one), our ruby wedding anniversary party, my Reader’s Feast – I have not quite forgiven him for insisting I follow tradition and, in lieu of bowing to the Ancients Table, bow to my rather numerous guests, but I was so grateful for the thorough briefing and dress rehearsal he took me through. Colin  and I have also shared less happy life events. As many readers will know the late Master Paul Jenkins was one of my closest friends and Colin, who took the initial call with the news of Paul’s unexpected death, took care to phone me himself soon afterwards. It was a moment neither of us will forget. Sadly, the same thing happened when the late Master Pat Edwards, another good friend, died less than two years later. I am not alone in being grateful for Colin’s thoughtfulness.

This piece would be incomplete without mention of Colin’s wife Mary, whom we will all miss too, and of course of their dogs, often to be found in his office, usually asleep and always well behaved. First there was gorgeous Misty, followed by the equally lovely Indie, both Portuguese Water Dogs. When Indie was joined by Cockerpoo Tambo, it was imagined by everyone that Tambo was her pup; well no, but Tambo with his boundless energy does still behave like a pup. And now they have been joined by Skip, another Cockerpoo who stole everybody’s hearts at Colin’s retirement party. One of the dogs has always appeared in staff photos.  The dogs do however sometimes get Colin into trouble, such as the time he fell over in Middle Temple Gardens while throwing a ball and injured his ankle, not to mention the time Indie nipped an Inner Temple Bencher. The Gardens will seem empty on a summer’s evening when Colin or Mary are no longer out there playing with the dogs.

And now Colin has left us as of Friday 30 July 2021. Fortunately, Colin, ever mindful of the traditions which he knows we hold dear, has kept full records of Inn procedures to pass on to his successors. He has done and achieved so much for the Inn, that it is hard to imagine Middle Temple without him. As Master Treasurer said in his handsome and heartily deserved tributes to Colin at the end of Parliament on 1 June and at the retirement party on 26 July, above all it is Colin’s comforting presence which will be so much missed.

But who can blame Colin for wanting to live full time in Anglesey with Mary and the dogs? For our part we are delighted that we can, before too long, welcome him back as Master Colin Davidson, only the fourth member of staff to be made a Bencher.

Master Marilynne Morgan was elected a Bencher in 2002. She has sat on the Executive, Estates, Finance and Catering Committees and is currently Trustee of the Scholarship Funds. She was Lent Reader in 2012. During her career she has spent time at the FCO, 1 Garden Court and the Government Legal Service. 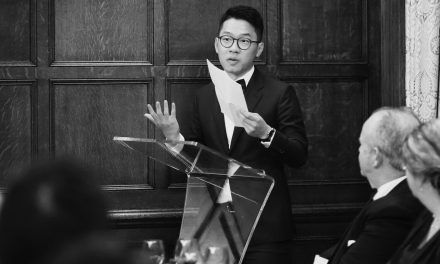