The Press Reaction to the First Women Barristers

Trawling through Middle Temple’s Archives always produces an unexpected treasure or two. In the case of the first women to be Called to the Bar in 1922, a flurry of reports throughout the country marked the auspicious day, Friday 17 November 1922, when the second cohort of women were Called to the Bar. The academic, Dr Ivy Williams had been Called in May, by Inner Temple, stealing a march on her contemporaries by getting a first in her Bar exams and thereby being excused the obligation to keep the full 36 terms normally required for Call.

On the 17th, nine women were Called to the Bar by Middle Temple and one, Theodora Llewellyn-Davies, by Inner. Although the papers universally recorded their names, little else was reported of the occasion itself and, sadly, no photographs were published of the event.

Only the rather unexpected source of West Africa, a weekly periodical published in London, which finally closed in 2003, gave a full report of the Call at Middle Temple in its issue of Saturday 25 November 1922:

Memorable occasion at the Middle Temple

In the ancient hall of the Middle Temple, a memorable scene on Friday of last week when nine women took part in the old-time ceremony of being ‘Called’ to the Bar. The women barristers were arrayed in black gowns falling to their ankles and, like the men, they wore snow-white collars and ‘weepers’ [Bands, surely?  Weepers are defined by the OED as ‘Mourning clothes, in particular a man’s crape hatband or a widow’s black crape veil and white cuffs’ and also, alarmingly in this context, as ‘dated: Long side whiskers worn without a beard’.]

Their own tresses were covered by the regulation wigs worn by their brothers of the Bar.  The ceremony was unusually impressive, the women, with great dignity, responding to the ‘Call’. After signing the historic book, they received a warm handshake from the Treasurer [Sir Forrest Fulton KC], who, in a brief speech after the ceremony congratulated ‘as one of many years standing’ the newly ‘Called’. In the gallery overhead the nine women as they signed the book were singled out by members of their families by much proud whispering…

Other publications were much more interested in what the women looked like. Having hazarded a guess well before the Calls at the headdresses and gowns likely to adorn the new women barristers. The reality struck the papers in different ways.

While some papers were impressed by their appearance (‘Grace added to the dignity of the wig and gown’ – Daily Herald) other papers noted, with some disapproval, that ‘Wigs and Gowns Make Them Like Men’ (Manchester Dispatch), and the Daily Sketch’s headline was somewhat curt: ‘Ten women called to the Bar. Looked like men barristers in wig and gown. Several to practise’.

The reality was pictured, rather forbiddingly, thus :

The Daily Mirror of the same date, employed some tonsorial expertise in its report that ‘It was noticeable that the fashion of hairdressing for women barristers is a compact flat scroll round the head, very little hair showing beneath the curled wig at the back’, but it was left to the Millinery Trades Journal of May 1922 to take an understandably specialist interest in headwear for lady barristers and wrongly predicted an alternative to the wig:

Almost every paper was unable to resist the appellation, ‘Portia’, to describe the woman Barrister. The Daily News reported on Saturday 18 November 1922, ‘More Portias called’. I wonder if today’s mainstream media would expect its readers to be sufficiently familiar with the Merchant of Venice to identify a Portia as a woman lawyer.

The great excitement came when the first women Barristers made their appearances at Court. Leeds Mercury of Tuesday 21 November 1922, under the proudly proprietorial heading, ‘Our Women Barristers’, with a picture of Helena Normanton in court dress, reported that,

Two women Barristers, arrayed in the most becoming wig and gown, made their first appearance at the Law Courts yesterday …. Miss Ashford, accompanied by a masculine colleague, first entered the Lord Chief Justice’s Court, but the Judge was apparently unaware of her visit. She made no bow … but just stood by the door for a few minutes and surveyed what everyone expects to be the scene of her future triumphs.

The Nottingham Evening News of the same date also recorded this historic event;

Miss Ethel Bright Ashford and Miss Helena Normanton made their first appearances in the Law Courts in wig and gown. Miss Ashford, who was called at the Middle Temple last Friday, is joining the fourth (sic) North Eastern Circuit, while Miss Normanton intends to specialise in Divorce court work.

Two months before she was Called, The Queen magazine had already marked out Helena Normanton as ‘One of the most brilliant of budding Barristers’. Just before her Call on Thursday 26 October 1922, Helena Normanton married Gavin BW Clark at St Pancras Register Office and the occasion was marked by the press. She had a wedding party of eight, wore a fur coat for the ceremony and after it, ‘they boarded a passing tramcar and left without attracting any attention’. She famously kept her maiden name after her marriage, though she added ‘Mrs’ to Normanton, rather than Clark, as it was felt reassuring for female divorce and family law litigants to be represented by a married woman. She was anxious that all should know of her intentions and placed an announcement in The Times, as follows :

In parallel with the joyful news of the newly Called women Barristers, the press swooped upon a more curious and sensational story centring on a Middle Temple student, a Dr Averyl, or as reported in the contemporary newspapers, Marjorie Harcourt.

In March 1920, Averyl Harcourt MB, medical practitioner of 184 Haverstock Hill London, NW3, who Middle Temple records show was 40 at the time, was admitted as a student of the Inn, making her one of the first women to be admitted as a member of an Inn of Court. Dr Harcourt had pursued a medical career largely in the public health sector, having qualified at Edinburgh University.

Her career in the law was, sadly, short-lived. The Pall Mall Gazette recorded, on Thursday 23 November 1922, that, while a second-year law student, she was prosecuted for insulting words and behaviour and fined 20s. This arose from a visit she made to the Hampstead Picture Playhouse, where she sat near a Mr and Mrs Preston, watching a ‘humorous film’. When Mrs Preston laughed out loud, Dr Harcourt shouted at her to ‘stop that screeching!’ When Mr Preston intervened, she told him to ‘Get out, you scum! I know your breed’, shaking her fist at him and threatening to have him arrested. The police were indeed called but it was Dr Harcourt who was carted off to the police station ‘as if I were an elephant’, she commented. She then embarked on a flurry of civil litigation and some more police court appearances, involving assaults on the police and obstructing a sanitary inspector. The newspaper reports, which cover three pages of the Middle Temple archival cuttings book, noted at each court appearance, that she was a member of Middle Temple. On Saturday 25 November 1922, Middle Temple struck her off the roll of members as unfit to be Called to the Bar. The Liverpool Courier erroneously headed their account of her expulsion ‘Lady Bencher Expelled’.

Dr Harcourt was certified insane and sent to the insane ward of the St. Marylebone workhouse.  Apart from her date of death, assumed to be in 1929, there seems to be no record of what happened to her after that. Very sadly, she may have died in the workhouse.

But it was left to Punch to put all in perspective: on Wednesday 20 September 1922, some two months before the Calls at Middle Temple, they reported:

We learn from a contemporary that the raftered roof of the hall of the Middle Temple has been undergoing expert scouting for wormholes in consequence of a grub having fallen into a woman student’s soup. And yet there are shortsighted people who would exclude women from the practice of the Law.

I am very grateful to the Middle Temple archivist, Barnaby Bryan, for his help in accessing Middle Temple’s Archives.

Master Ros Wright was elected a Bencher in 2001. She was Lent Reader in 2010. She was awarded Honorary Silk in 2006 and Honorary LLD of the University of the West of England in 2017. She currently Chairs disciplinary panels for three accountancy regulatory bodies, volunteers for the PSU and occasionally gets to see her long-suffering husband and seven grandchildren. 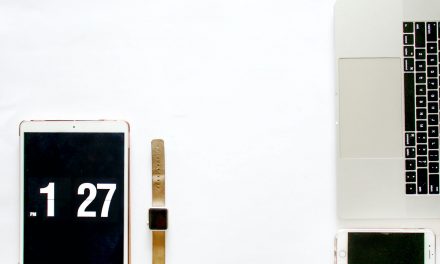 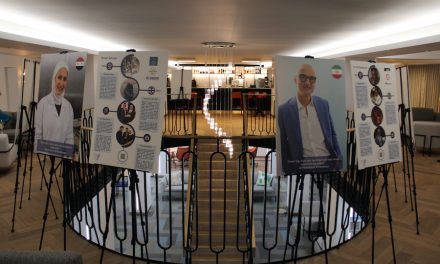