‘Shouting with inexpressible joy; the ways strew’d with flowers, the bells ringing, the Streetes hung with tapissry’, wrote Middle Templar John Evelyn of the mood in London on Tuesday 29 May 1660. After 11 years of republican government, King Charles II had returned from exile to take his throne and his procession through the City of London was met with exuberant, clamorous celebration. Fountains flowed with wine, fanfares were sounded and the great institutions of the city hung their windows with banners and tapestries. The Restoration of the Monarchy impacted society at all levels, and the Middle Temple was no exception.

From Civil War to Restoration

The 18 years since the outbreak of the English Civil War had impacted the Inn in many ways. Much traditional collegiate activity had ceased: no Reading had been given since autumn 1642 and under the rule of Oliver Cromwell the celebration of Christmas and the performance of plays had been officially curtailed.

While the Benchers had been divided between the two sides in the struggle, many Royalists, such as Sir Richard Lane, had left London to join the King. One Middle Templar who had flourished under Cromwell was Sir Bulstrode Whitelocke, a former Treasurer of the Inn who served as a Commissioner of the Great Seal and Ambassador to Sweden, whose memoirs are an important source for our understanding of the age.

When the regime faltered following Cromwell’s death in 1658, the governor of Scotland, General Monck, had marched south and established a new Parliament in London. Meanwhile Charles II, in exile since 1651, issued the Declaration of Breda, in which he promised religious toleration and a general pardon if restored to the throne. The Declaration had in part been drafted by Charles’ Lord Chancellor, Edward Hyde (later Earl of Clarendon), a Middle Templar whose portrait hangs in the Ashley Building.

Celebrations at the Inn

The earliest sign of the Restoration in the Inn’s Archive is a receipt for two loads of faggots (bundles of sticks), fuel for a bonfire on Thursday 8 May 1660 ‘when the King was proclaimed’. On that day, Monck’s newly established Convention Parliament had issued a proclamation, read at Temple Bar, that Charles was king, and had been since his father’s execution in 1649. Whitelocke recorded in his memoirs that ‘the people gave loud acclamations and shouts, the bells rang… the City was full of bonfires and joys’.

Charles entered London on Tuesday 29 May 1660, his 30th birthday. After crossing London Bridge, the route of his procession took him through the City of London, and institutions such as the Livery Companies threw themselves into the celebration, no doubt keen to establish their Royalist credentials under the new regime.

The Middle Temple was an eager participant in the festivities. A carpenter’s bill dated Wednesday 28 May 1660 sets out the costs for ‘making a scaffold at the Temple gate’ – likely a structure from which to observe the procession and hang fabrics. Bills exist for ‘5 pieces of hangings’, cleaning the Hall windows, a ‘fire at the gate’ and for ‘8 white staves for the Officers’. Wine flowed from water fountains in the streets, and toasts were drunk to the King’s health. Unsurprisingly, the revelry grew more raucous as the day progressed, and extra watchmen were engaged to attend the Inn.

It was not, however, solely through participation in great public celebrations that the Middle Temple felt the Restoration’s effects. The Inn’s social activity, which had been constricted under Cromwell, began to return to normality. The bill for Revels at the feast of All Hallows in Michaelmas 1660, for example, was more than double that of a year before, encompassing sums spent on candles, wands, torches and Canary wine for the musicians.

Plays performed by the great London theatre companies of the day had once been a prominent part of the Inn’s calendar – including, most famously, Shakespeare’s Twelfth Night at Candlemas 1603. Theatre had been suppressed under Cromwell, but with the return of the King, personally a great lover of the theatre and keen to win over his subjects, plays could once again be performed to eager audiences.

The Inn seized upon the opportunity: a receipt dated shortly after the feast for All Hallows 1660 records the payment of £11 to one Will Burgon ‘for acting the play of Wit Without Money’, a popular comedy by the Jacobean playwright John Fletcher. The antiquary and Middle Templar Elias Ashmole also records this occasion in his diary, noting that Edward Hyde had been in attendance.

To encourage – and manage – this theatrical renaissance, the King licensed two new theatre companies: the King’s Company and the Duke’s Company, the latter led by William Davenant, Poet Laureate under Charles I. A receipt from November 1661 records the payment of £20 ‘by the appointment of Sir William Davenant… for the play acted in the Middle Temple Hall upon the feast of Alhallows last’. The play’s title is unknown but may have been Davenant’s own Love and Honour.

The aesthetic environment of the Inn also changed in telling ways, as the Middle Temple authorities hurried to demonstrate and communicate their support for the new regime. Within weeks of the King’s arrival in London, the Inn paid one Robert Wright for ‘making new of Galba [a Roman Emperor] & the King’s statues’.

Shortly afterwards, one Andrew Hall was engaged to produce new stained-glass windows in Hall for Sir Robert Hyde, Sir Christopher Turnor and Sir Geoffrey Palmer, all Royalist Middle Templars appointed to high judicial office at the Restoration. These windows can still be seen in Hall today. A receipt also survives for a sum paid to Baptist Sutton, a noted glass painter of the period, for putting up the King’s arms in Temple Church.

Admissions of students relative to the other Inns rose after 1660, due perhaps in part to a decline in the popularity of Gray’s Inn, tainted by associations with prominent Puritans and regicides. The rising stars of Middle Templars such as Palmer, Turnor and Hyde may have contributed to its elevated status.

Lent and Autumn Readings, the centrepiece of the educational curriculum, had ceased on the outbreak of war and never been revived. Owing in part to pressure from Hyde on all four Inns, efforts soon began to affect their reinstatement. A committee of Benchers was appointed in November 1660 to ‘consider concerning the choice of a Reader’, promising to ‘consider all ways for their ease, accommodation and encouragement’. Later that month, Thomas Mundy and Richard Allen were duly elected to serve as the next two Readers, thus restoring the practise after 18 years. Despite this renaissance, Readings would, in the early 1680s, lapse once more, and there would not be another given until 1927.

The Changing of the Guard

Many Royalist Middle Templars now came to prominence, representing something of a changing of the guard and a shift in the political mood at the Inn, which can be traced through the allocation of chambers. In 1644, the Commons had commanded the Inn to seize the chambers of ‘Delinquents’ – Royalists who had departed London to join the King. These included Sir Richard Lane, a former Treasurer whose chambers (along with his library) had gone to Bulstrode Whitelocke.

Another ‘Delinquent’ was Sir Geoffrey Palmer, whose star was now definitively on the rise. Called to the Bar in 1623, he had been an MP in the tumultuous early 1640s and taken the King’s side, referring to his Parliamentary colleagues as ‘a rabble of inconsiderable persons, set on by a juggling Junto’. After the outbreak of war, he had followed the King to Oxford and been appointed Solicitor General in 1645, before being captured and living a quiet life in London throughout the 1650s. Within a week of the Restoration, he had been made Attorney General, knighted, awarded a Baronetcy and been elected a Bencher of the Middle Temple.

The Benchers were ‘very desirous to accommodate Sir Jeffery Palmer with a Bench Chamber’ and asked Robert Reynolds, until very recently Attorney General himself, to give up his chambers. A few weeks later, Bulstrode Whitelocke agreed to vacate his own in Palmer’s favour – two sets in Brick Court, including Lane’s old set, once again changing hands with the shifting political mood. Palmer lost no time in arranging for extensive renovations (at the Inn’s expense), amounting to £151 – worth nearly £16,000 in today’s money.

By the time King Charles II’s portrait was hung in Middle Temple Hall a few decades later, the flood of popular affection had faded. Disasters such as plague and fire, coupled with the mishaps of the Second Anglo-Dutch War, were seen by some as God’s punishment for the immorality of Charles’ court; these national calamities had also led to the impeachment and exile of Hyde in 1667. Nonetheless, the impact of the Restoration on the Middle Temple was felt far more deeply than some sore heads in May 1660 – in the revival of long-dormant social, cultural and educational practices gone by, the changing of the guard in its senior governance and the commemorations in the fabric and aesthetics of the Inn.

Barnaby Bryan read Philosophy at King’s College, Cambridge, and later qualified as an Archivist at University College London. He has undertaken archival work at various institutions, including Unilever’s corporate archive in Port Sunlight. He joined the Middle Temple as a Project Archivist in 2015, progressing to Assistant Archivist in 2016 before being appointed as the Inn’s Archivist in 2019. 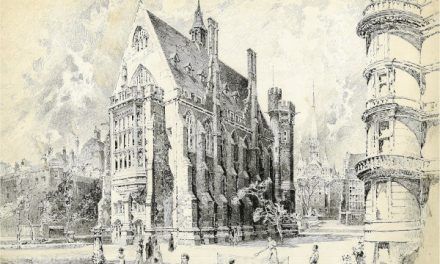 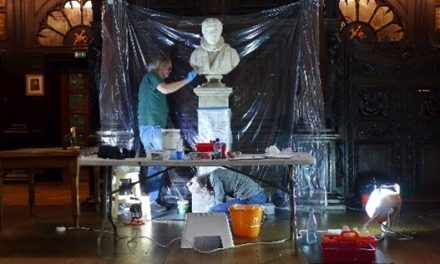